Home to roost: An advocate for lower taxes in the state Senate, Larry McKibben as a Regent sees an “attack” on higher education funding that will drive tuition increases. 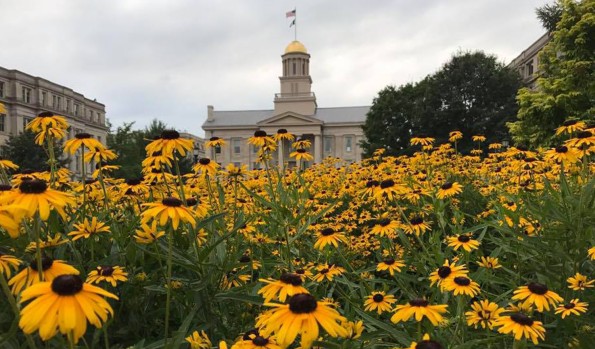 Editor’s Note: This piece ran in the Wednesday, June 13, 2018, Cedar Rapids Gazette as a guest opinion from IPP’s David Osterberg.

The attack on higher education funding by the governor and legislative leadership has gone too far for at least one longtime tax-cutter.

McKibben was forthright in blaming the legislative session for an increase in tuition at the three state universities and the loss of professors to better positions after years of low salary increases. From The Gazette’s story on the regents’ meeting:

“We have lost great folks, and now we are going to have to raise tuition,” McKibben said, noting that will persist “as long as we continue what I believe is, in my time on the board, the worst state government attack on our three public universities that I can ever remember.”

In fairness, the groundwork has been laid for this latest attack over many years. An Iowa Fiscal Partnership report in 2012 showed how spending on the UI, ISU and UNI dropped from fiscal year 2000 through fiscal year 2012.

An Iowa Policy Project analysis by Brandon Borkovec showed that adjusting for inflation, state funding for Iowa public universities has declined since fiscal year 2001 by 40 percent at UI, 42 percent at ISU, and 28 percent at UNI.

As a percentage of university budgets, the state share dropped by almost half from fiscal years 2001 to 2016.

Some of this happened on McKibben’s watch as one of the Legislature’s most powerful lawmakers on tax policy — one who often looked for ways to cut taxes, as he did in 2003 with a proposed flat tax that would have cost more than $500 million.

He did not intervene to rein in the Research Activities Credit, which sends more than $40 million a year to profitable corporations that pay no income taxes to the state.

He turned the other way as corporations raided Iowa’s treasury through tax loopholes at a cost of $60 million to $100 million a year.

As Regent McKibben, his new concern is understandable and his advocacy for college students laudable. He wants Iowa voters to pay attention and ask what candidates will do about severe underfunding that he says will assure more tuition increases. From the story in The Gazette: “I look forward to hearing the candidates say that,” McKibben said. “What are you going to do about higher education and our three great universities?” And what are you going to do to bring them back to level?”

These same trends were happening when McKibben was a legislator. Now, it seems, the governor and state legislative leaders have gone too far, even for him.

The Bush tax cuts, and plugging corporate tax loopholes, are on the table in the world of reality, if not the world of politics.

It has been said that there are many ways to skin a cat — not that I’d be willing to try any of them.

Likewise, there might be many serious ways to balance the federal budget — not that enough people in Washington are willing to try any of them. And some have closed the door on the only real way to do it: with balance.

Even the House speaker says all options must be on the table, except revenues. This, despite the fact that lost revenues holds a greater share of our building debt than any other single cause.

By themselves, in fact, the Bush tax cuts and the wars in Iraq and Afghanistan will account for almost half of the $20 trillion in debt that, under current policies, the nation will owe by 2019. The stimulus law and financial rescues will account for less than 10 percent of the debt at that time. …

The President and Congress could make major progress toward stabilizing the debt for the coming decade by letting all of the Bush tax cuts expire on schedule at the end of 2012.

The fact is, we cannot afford not to use a balanced approach to the deficit and debt challenges facing the United States now and in the future.

The Bush tax cuts, and plugging corporate tax loopholes, are on the table in the world of reality, if not the world of politics. It is impossible to avoid their relationship to the debt, even if, somehow, people are finding it possible to ignore them.