Transparency — a critical aspect of good governance that applies to a rate-regulated monopoly — was a casualty in the Alliant/IPL rate decision, gaining impressive lip service but little action. 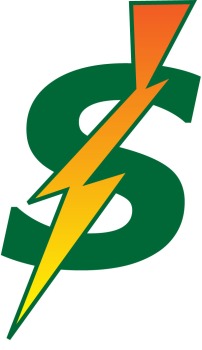 I agreed to be a witness in the recent proposed rate increase by Alliant Energy (officially, Interstate Power & Light or IPL). The decision by the Iowa Utilities Board (IUB) was announced today (January 9, 2020).

The Winneshiek Energy District partners with IPP on energy issues. They were able to get the City of Decorah, Luther College, a local hospital and large retirement home to join them in forming the Decorah Area Group (DAG), which intervened in the rate case. DAG hired witnesses and worked to change the amount the company was proposing in rates.

DAG and other intervenors made some headway in the case. The total amount of increase was cut from $204 million to $127 million. Alliant was not able to punish residential customers like me who have solar panels or large solar users like Luther College. That was good.

But transparency — a critical aspect of good governance that applies to a rate-regulated monopoly — was a casualty, gaining impressive lip service but little action.

DAG was the main intervenor group to call for punishment to the company for misrepresenting their future rate increase plans when the city of Decorah tried to form a municipal utility. The vote in 2018 went down to defeat by just four votes. It might have passed if customers knew that Alliant was about to propose a 25 percent increase in rates. The $127 increase amounted to only 15 percent but still, the company had promised the citizens of Decorah to increase rates by about one percent per year.

The IUB talked about this mischaracterization of the facts in a section on Management efficiency, finding:

“(T)he actions taken by IPL in opposition to the Decorah municipalization effort demonstrate a lack of management efficiency by withholding from and not providing to the citizens of Decorah accurate information about anticipated rate increases. Because a rate-regulated electric utility is a monopoly in its service territory, it has the duty to be transparent and to provide accurate information to customers and communities in that service territory. The evidence in this case regarding IPL’s behavior during the Decorah municipalization campaign shows that IPL did not fulfill this responsibility and failed to meet the expected standard of conduct for a regulated monopoly.”

Great words, right? But that was all. There was no punishment, no reduction in the rate increase (Revenue Requirement) below the $127 million. The company profit was not reduced.

That got under the skin of one of the three board members, Commissioner Richard Lozier, who in a dissent stated:

“The majority’s position is unacceptable. Instead, the Board should reduce the level of IPL’s profit or adjust the revenue requirement until IPL demonstrates it has corrected its inefficient operations.”

I agree with the Commissioner. Decorah can try to municipalize again in two years. When and if they do you can be sure Commissioner Lozier’s words will be used by the proponents who want to buy out IPL and run a more efficient electric company.