Needed fixes on the Alternative Minimum Tax would limit the ways the very rich avoid taxes — but the bill in Congress would just eliminate it, at a cost of $696 billion over 10 years. 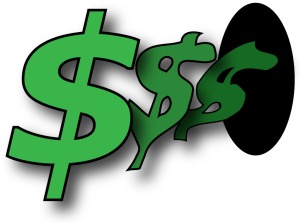 To most people, tax reform means closing loopholes. To those in Congress pushing an overhaul of federal taxes it apparently means the opposite. The House and Senate tax bills would reopen a number of loopholes used by high-income taxpayers to shelter income from tax, and create a huge new one. Without shame, they are calling this “tax reform.”

First, the new loophole. This one is doubly ingenuous, touted as a “reform” that helps “small business.” It allows individuals who receive income from a business that they own (if that business is not a corporation) to pay no more than the 25 percent individual income tax rate on that income. Here’s the thing: Most truly small businesses are already in that tax bracket, or lower, because they have less than $250,000 in business income; these taxpayers get no benefit from the bill.

So who would benefit? Almost 70 percent of this “pass-through” income goes to the richest 1 percent of taxpayers. They are hedge fund managers and real estate developers who own a non-corporate business, and who now pay tax at one of the top rates for individuals (up to 39.6 percent). This pass-through loophole is no help to small businesses; it is a gift to the rich, and a very costly one indeed: $597 billion over 10 years.

Now for the loopholes re-opened. If you are an ordinary, hard-working middle income taxpayer you probably have never had to worry about something called the Alternative Minimum Tax (AMT). That’s because you didn’t have income from incentive stock options, you didn’t take an oil depletion allowance, you didn’t claim net operating losses. In short, you didn’t have the kinds of income that escape taxation. You had mostly wages and salaries, which are fully taxed.

The AMT originated in the late 1960s and was supposed to ensure that those with preferentially treated income or large deductions paid at least some minimum amount of income tax. Donald Trump, for example, was required to pay an additional $31 million in 2005 because of the AMT. (We know this because of the partial tax return for that year that was made public.) Without the AMT, tens of millions of his income would have escaped taxation.

The AMT does need fixing; it does not succeed in taxing all kinds of preferential income, and many of the very rich still find ways to avoid tax. But instead of fixing it or replacing it with something better, this bill would just eliminate it permanently, at a cost of $696 billion over 10 years, a big chunk of the total cost of the bill.

In the name of tax reform, congressional Republicans are opening the loophole floodgates for high-income taxpayers; these two measures will cost $1.3 trillion. That means another $1.3 trillion in federal deficits, or in cuts to programs like Medicare and food assistance, to keep wealthy donors happy.