Enjoy brunch on Mother’s Day, but have a good discussion at the table. There are ideas on the table in Washington about what is needed to help all mothers care for their families.

Mother’s Day is always a good time to focus on public policies that can make mothers’ important jobs easier.

One proposal on the table would give mothers in low- and moderate-income families a break. The Working Families Tax Relief Act would help 23 million mothers across the country — and 211,000 in Iowa, 158,000 of them working — to look forward.

The proposal would strengthen both the Earned Income Tax Credit (EITC) and the Child Tax Credit (CTC) — again, a benefit to millions nationally, kids in low- and middle-income families, according to estimates by the Center on Budget and Policy Priorities (CBPP). These benefits would be shared broadly across racial groups.

In Iowa alone, the plan would benefit 472,000 Iowa children, according to CBPP.

The proposal strikes a stark contrast to the 2017 tax law that targeted benefits heavily toward wealthy households and corporations — not working families. The principal so-called “middle class” tax cut in that bill was a very meager increase in the CTC, from $1 to $75, to 87,000 children in low-income working families in Iowa.

Working parents at lower levels of income need to be able to afford basic necessities, home and car repairs or other costs of transportation and education or training to get better jobs. The EITC and CTC are critical supports that make work pay for families in low-income situations.

Mother’s Day is a good time to honor those values that we all share. So, go to brunch if you want, but don’t avoid this discussion at the table. 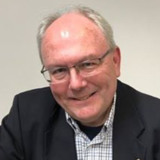