Bill Stowe, dead at 60. The average American male born in 1959 should live about another 10 years. But there was nothing average about Bill Stowe.

The average male does not get three advanced degrees from three different institutions. The average American, male or female, does not take on the strongest and most powerful to change public debate, and force accountability where it was lacking.

Bill ran the Des Moines Water Works (DMWW), the largest supplier of clean drinking water in Iowa. It was a surface water system. That means it had to deal with the serious pollution that unrestrained agricultural practices put into Iowa waters — a costly and unsustainable proposition.

Realizing he could not continue to pass on the costs of treating that water to his customers alone, he took action — courageous action in an agricultural state — to either get the polluters to stop, or at least to pay for the problems they are causing.

The case of the Des Moines Water Works vs. three Iowa counties with drainage districts that were some of the main polluters of the Raccoon River went to federal court. It scared agricultural organizations like the various state Farm Bureau federations.

As Stowe and DMWW fought “dark money”-funded interests in court, he gained both foes who favor the status quo and allies who shared either the lawsuit’s goals or the desire to help Iowans see what big industry was up to. Others joined the fight, including one small-town journalist who won a Pulitzer Prize, and activists who keep his fight alive today.

Bill lost his case in court, but pushed water quality more squarely into Iowa’s political and policy spotlight, forcing politicians including Terry Branstad to concede a need to do something — even though their actions have fallen short.

Bill Stowe was generous with his time and talked to groups about treating water to make it safe. He taught a class of mine. 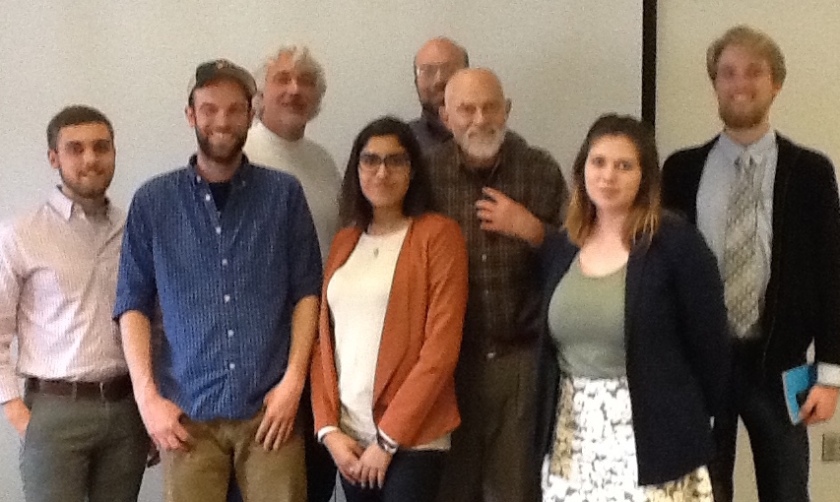 The picture above was from three years ago when we visited the treatment works he served. He spoke often to groups about his passion for clean water all around the state — including as the featured speaker for the 15th anniversary of our organization in 2016.

When IPP considers what papers to investigate we often ask knowledgeable people around the state for thoughts on what would be helpful to better inform public debate. Bill had suggestions for our latest series of reports on water quality.

When IPP researcher Natalie Veldhouse and I met with him and his DMWW colleague Laura Sarcone in November, they had good suggestions that helped us in the development of our latest paper. When I sent a copy of that paper to Laura for her thoughts, I did not know that Bill was already in hospice.

Bill died too soon. His fight for clean water remains important for all Iowans.