Wage trends for all workers mask important demographic differences, as we show in our Wage section of the State of Working Iowa website. New data since that update show a gap remains between wages for men and women. Over almost four decades that gap has narrowed — partly due to lower wages for men — but in 2018 it widened, from 15 cents to 21 cents on the dollar. 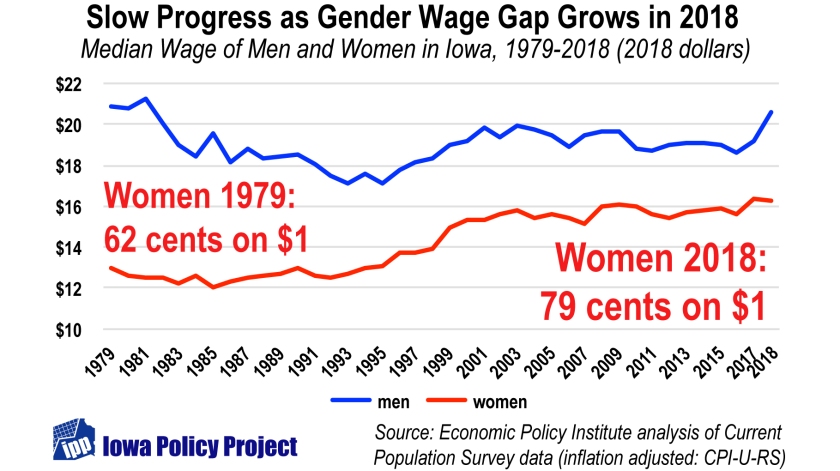 The gender wage gap has narrowed substantially, but there also is a ways to go toward equal pay: In 1979, women made 62 cents for every dollar earned by men; today they earn 79 cents. The long-term narrowing of that gap reflects, in about equal measure, the gains made by women over that era, and the losses suffered by men.