We’ll throw a penalty flag when we see bad information being spread about issues we cover. Case in point: the Governor’s spin about taxes.

At the Iowa Policy Project, we are nonpartisan and we do not support or endorse candidates for office. Rather, we hope those who do, and the candidates and parties themselves, will conduct their discussions on a foundation of fact.

When they do not, we just might throw a penalty flag. 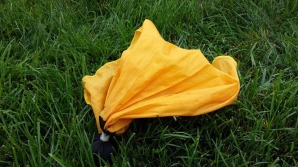 Our work is public policy research and analysis, to help people see what is fact and what is not, and to introduce context where it is missing. This is not always easy with complex issues, and there are gray areas. Where bad information is being spread, that interferes with the mission of our work, so we will do what we can to keep that record straight.

Very early in Wednesday’s debate between Governor Kim Reynolds and businessman Fred Hubbell, the Governor made at least two clearly unsupportable claims about taxes. These are issues we cover constantly.

First, the 2018 tax overhaul not only was costly, but overwhelmingly benefited the wealthiest. Any suggestion to the contrary is simply unsupportable, using data provided by the Iowa Department of Revenue in May before the bill passed. Those supporting the bill knew this would be the impact, and those writing it drew it that way.

According to the department, the legislation will mean either no change, or an actual tax increase, to nearly a quarter of resident taxpayers — 23.3 percent — in tax year 2019. For those who receive cuts, the average cut for millionaires was projected to be $20,021; for someone between $60,000 and $70,000 adjusted gross income, the cut was projected to be a tiny sliver of the benefit compared to millionaires — $232.

This flatly negates the Governor’s comment that, “In 2019, virtually every single Iowan will see their taxes go down.” This is clearly inaccurate. Further, as the law is phased in, the continuing impact will be that some will lose, some will not. Unquestionably it will affect public services as hundreds of millions in revenues are cut — which means Iowans who depend upon those services, and that is most Iowans, will lose even more.

Second, the Governor in pushing for new corporate tax cuts chose to play to the myths about business taxes promoted by the business lobby to drive down Iowa’s already low business taxes.

Business consultants have exposed the hollow core of this claim, most recently the Anderson Economic Group, which in June ranked Iowa 15th lowest in state and local business taxes (all of which are governed by state policy). Iowa business taxes consistently have been shown to be competitive.

For more information about both the tax legislation and Iowa taxes on business see these resources: