Iowa’s insurance exchange has only one insurance company offering policies. But instead of fixing that, our representatives are using it as an excuse to repeal Obamacare, including the Medicaid expansion. 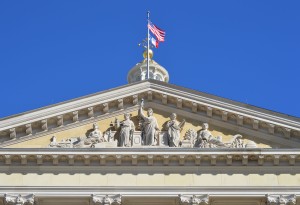 What would be your response if someone said to you: “The transmission in my car needs an overhaul. This just proves vehicular transportation doesn’t work, so I am going to get rid of my car and my pickup, even though the truck is still running fine.” You would probably think they were crazy. Why not just fix the car’s transmission?

Yet this is the logic being put forward by Senator Grassley and many others as they seek to repeal Obamacare. Yes, we have a problem with the insurance exchange in Iowa, where we now have just one insurance company offering policies. But instead of pursuing solutions to that problem, our representatives are using it as an excuse to repeal Obamacare, including the Medicaid expansion, which has nothing at all to do with the insurance exchange and in fact is still in good running order.

The lack of insurers in the Iowa exchange is largely a self-inflicted problem. Insurers have left the market in part because the state of Iowa did so little to encourage people to sign up, and to provide assistance in navigating the exchanges. Iowa was also extremely generous in allowing people to continue with existing poor-quality insurance.

The problem was worsened by President Trump’s efforts to sabotage the exchanges during the final weeks of the annual sign-up in January by banning all advertising and encouraging people to think Obamacare was going to end. As a result, the number enrolling in the exchanges, which had been on a pace to exceed that of the previous year, ending up falling short.[1] Too few younger and healthier people enrolled, leaving the insurance companies with older and sicker people.

There are solutions to this problem. Both the Iowa Insurance Commissioner and Iowa Democrats have proposed measures to solve the exchange problem at the state level. But the House and the Senate bills repealing and replacing Obamacare, instead of shoring up the exchanges, repeal the individual mandate. Analyses of their replacement provisions predict that they would worsen the problem instead of solving it, leaving the exchanges with even fewer healthy individuals.[2]

Now about the pickup truck. The Senate’s Better Care Reconciliation Act (BCRA) would likely result in 232,000 Iowans losing health insurance coverage over the next five years.[3] Three-fourths of them would become uninsured because of the loss of Medicaid, the rest because of cuts in premium assistance for policies purchased on the exchange.

Iowa expanded Medicaid eligibility (with 90 percent federal funding under Obamacare) to include low-income non-elderly adults, most of whom are working in low-wage jobs with little or nothing in benefits. The BCRA would effectively end the Medicaid expansion for about 177,000 Iowans.[4] This will hit rural Iowa the hardest, and it will undermine the finances of rural hospitals.

The Medicaid expansion has nothing to do with the health insurance exchanges. Our representatives should stop using a fixable problem with the exchanges as an excuse for passing a broad bill that ends health insurance for tens of thousands of Iowans.

One thought on “Health exchanges: Why not fix?”