Iowa’s business tax credits will have grown by half from 2011 to 2021 under current official projections. That is where the spotlight needs to be. 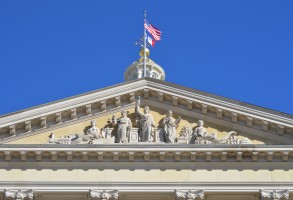 A bill in the Iowa House, HSB187, would cut a range of Iowa tax credits, eliminating refundability and capping overall spending on credits. There is significant opposition, because people like their tax breaks. But the issue is suddenly in the spotlight because these and other giveaways are responsible for Iowa’s serious revenue challenge.

There are solutions to the state’s rampant and often unaccountable spending on tax credits and other tax breaks. It is interesting that an interim committee that meets every year to examine a rotating set of tax credits has not produced any reforms. It’s not because reforms are not necessary. Rather, it’s a lack of resolve.

One of several strong recommendations in January 2010 by a Special Tax Credit Review Panel appointed by then-Gov. Culver in the wake of the film credit scandal was for a five-year sunset on all tax credits. This would require the Legislature to re-approve every tax credit.

The scrutiny and demand for a return on investment on these credits would be too much for many of these special arrangements to withstand. Eliminating or capping wasteful credits would free up revenues for other priorities; some would invest more here or there — education, or public safety, or the environment — and some would simply use it to reduce overall spending. But either way, we would have the opportunity for a debate.

There is a danger in putting everything on the table at once. It presents a false equivalency of tax credits — that they are somehow all the same. It ignores the fact that some are for private gain and some for the common good, and some are a mixture. Some work, and some do not.

Some meet the purpose for which they were advertised (the Earned Income Tax Credit, for example, which benefits low-income working families), and some miss the mark with tens of millions of dollars every year (the Research Activities Credit, where most of the money goes to huge, profitable corporations that pay little or no income tax instead of to small start-ups as envisioned).

Iowa’s business tax credits will have risen by half from 2011 to 2021 under current official projections. That is where the spotlight needs to be. 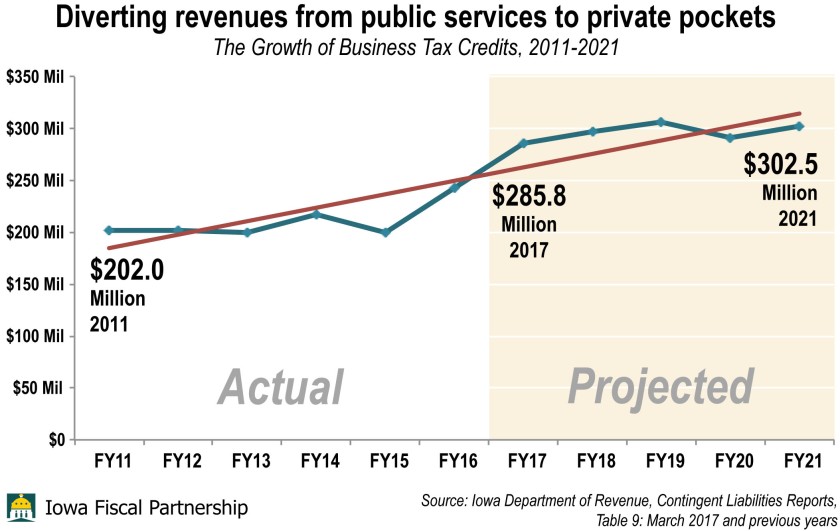 Challenging all credits at the same time gets everyone’s backs up. That is a recipe to assure continued unwillingness to take on any of it. And that will not serve Iowa very well.

2 thoughts on “A spotlight, not a floodlight, on business breaks”